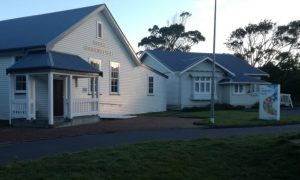 Moera is a not for profit organisation in Lower Hutt, Wellington, with the goal of supporting vulnerable children and youth and reducing poverty in a multi-cultural society.

In 2018, Moera Community House funded a Tomatis® for Education programme for school children in the community. The pilot group consisted of 5 children and was led by experienced Tomatis® Consultant Sjaan van Falier.

When the results were evaluated towards the end of the school year, all children had made major improvements in literacy, memory, and behaviour. Read the report here.

The successful outcomes made continued funding possible. The Moera Community Project is now in its third year with funding available for 27 spaces for ages 0 to adults, with a focus on young pregnant women.

The participants often see positive changes within a few weeks.

Feedback from one of the parents:

Although she didn’t have any extreme verbal or literacy problems, she was several years behind the expected for her age. She’s a lovely child, kind, well-mannered, quiet in class, and a pleasure to have at home albeit she has always been subject to moods.

After she had started the program, I noticed many changes. It was easier to hear her when she spoke — louder and more willing to talk — take chances, more tolerant of her younger and more audacious sister, and if that wasn’t enough, less moody.

Between her last reading age test before Christmas and the latest test in March [3 months later], she has jumped an entire year. She has never made a gain that quickly before.

My daughter really looked forward to going to the Tomatis® program with a group of other children from her class and was quite disappointed when it came to an end. It’s not like other recovery programs. With Tomatis® they craft and construct while listening to music in the headphones. All the work is internal.

I can’t recommend Tomatis® enough as I watch my daughter go from strength to strength.

Read more about Tomatis® for Education