Dr Tomatis was an ear-nose-throat doctor who searched for a way to help his patients with voice or hearing problems. He found that voice and hearing — or listening as he called it — are directly connected.

The Tomatis® Effect states that:

The voice only contains the frequencies the ear can listen to

When listening is changed, the voice changes - immediately and unconsciously

It is possible to permanently change the voice - and therefore listening - with the Tomatis® Method when used long enough.

Dr Tomatis pioneering work with bone and air conduction, time delays, and rapidly changing filters are what makes the Tomatis® Method unique. It was obvious to him that time in milliseconds is of extreme importance for the brain’s internal communication. The theory behind the Tomatis® Method builds on his findings and aims to improve the entire signal processing in the brain – both speed and accuracy.

The research described in Neuroscience News (link below) confirms that milliseconds indeed matter. Scientists at University College London used advanced technology to uncover how two neocortical areas in the brain communicate with one another and found that their influence on each other changes over much faster timescales than previously thought.

The Tomatis® Electronic Ear is the auditory re-training device Dr Tomatis invented to transform his patients’ ability to listen. It received the Gold Medal for Scientific Research at the World Exhibition in Brussels in 1958. It was a huge, chunky thing attached to magnetic tape reels.

Today, all Tomatis® Practitioners in New Zealand use a pocket-size Electronic Ear — the TalksUp®.  It uses the same principles, filters, and time delays Dr Tomatis invented, but with a sound quality, range, and precision he could only dream of. Your individualised programme is downloaded into the TalksUp®. All family members can have their own programme.

Dr Tomatis refused to compromise with quality. With the TalksUp® you can finally access the full Tomatis® Method at home.

The Tomatis® Bone Conduction Kit replaces Tomatis® headphones and is used for:

The Tomatis® sound is delivered through bone conduction in a belt around the waist. You can also use a glove to gently stimulate other parts of the body.

The Electronic Gating®, filters, and music used are the same as for the full Tomatis® Method.

The Tomatis® Bone Conduction Kit is based on clinically proven technology. It is non-invasive and safe. 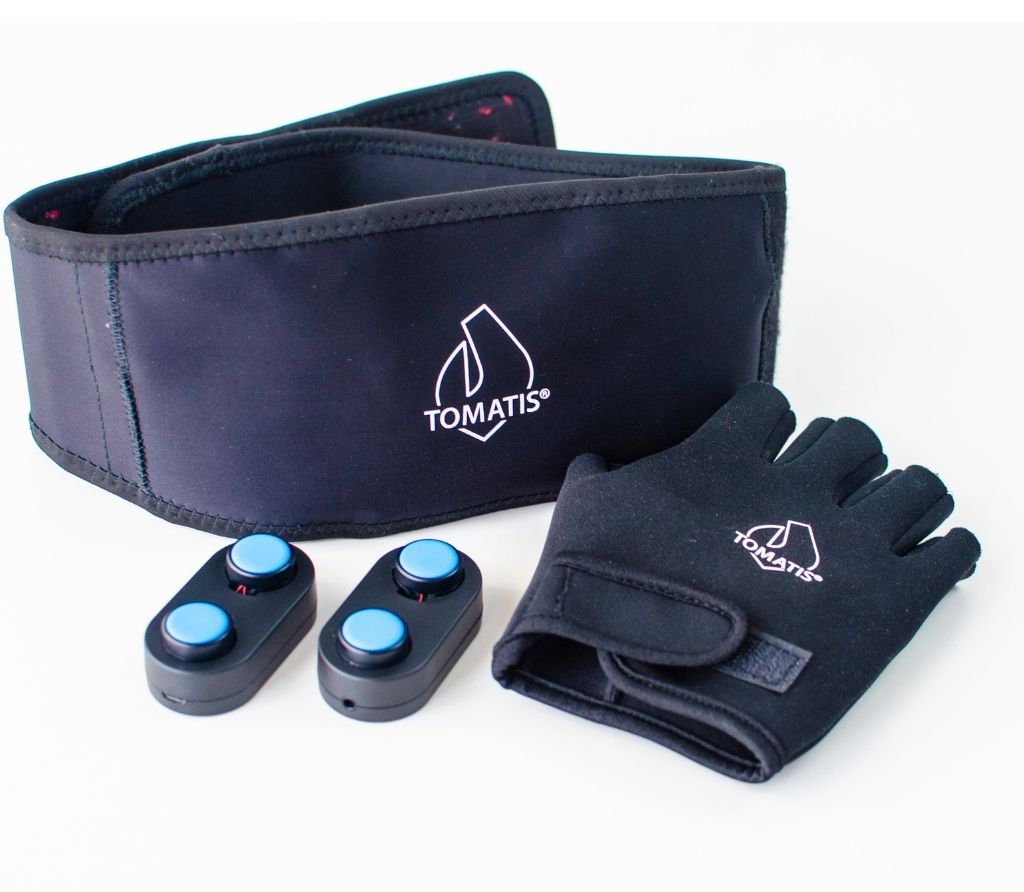 Read more; Air and Bone Conduction, Auditory Laterality, How to get started, What is Tomatis®.