Are you worried your child has an Auditory Processing Disorder? 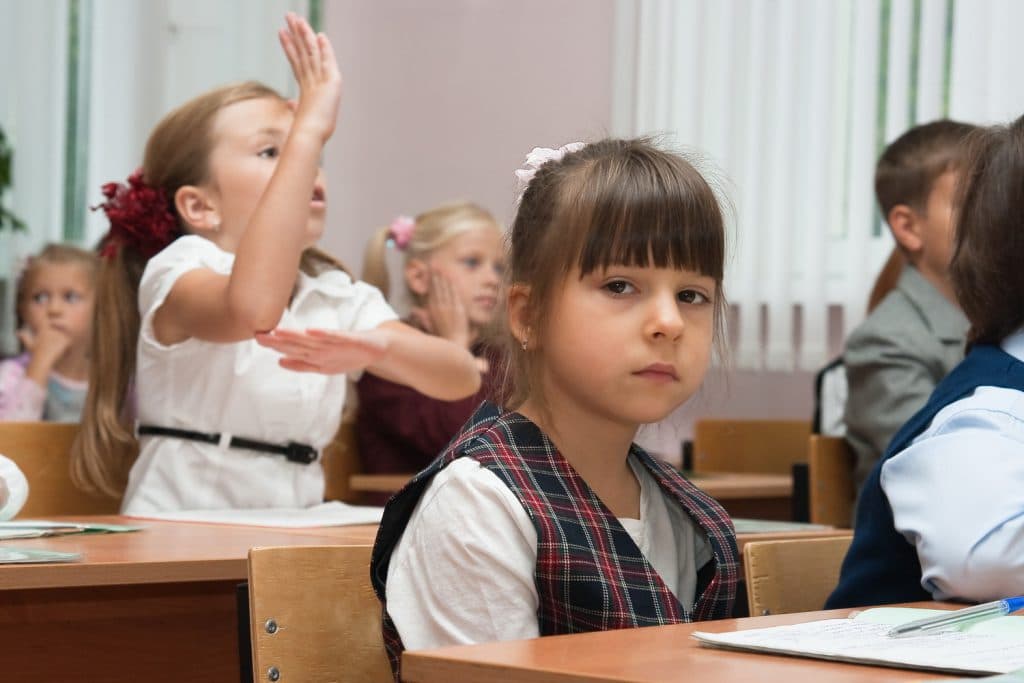 As a parent, it can sometimes be overwhelming when you suspect your child is struggling, but you don’t know why. Symptoms like bad behaviour and difficulty learning are often vague, so it can be difficult to pinpoint the exact cause. However, if your child exhibits any of these symptoms, an Auditory Processing Disorder (APD) could be to blame.

It might also be what Dr Tomatis called problems with Listening.

While these signs do not conclusively point to Auditory Processing problems, the appearance of one or more suggests your child could be having trouble making sense of auditory information.

What is Auditory Processing Disorder?

An easy way to understand Auditory Processing Disorder, (also called CAPD, or Central Auditory Processing Disorder), is to think of it as a sort of dyslexia of hearing. Under normal circumstances, speech travels through the ear to the language area of the brain, where it is interpreted. In a person with APD, however, when the information gets to the brain it’s not processed correctly, resulting in confusion and time delays. In the same way sufferers of dyslexia can have good vision, APD sufferers can have perfectly good hearing—it’s not the quality or clarity of the sound that’s the problem, it’s the way the brain interprets the information that causes problems. With APD, speech is essentially, “lost in translation”.

Why is an Auditory Processing Disorder so hard to diagnose?

To begin with, you can’t diagnose Auditory Processing Disorder before age 7.

Furthermore, most doctors are not qualified to determine if an APD exists—an auditory specialist is necessary to make the diagnosis. Therefore, parents and doctors are unlikely to zero in on APD as a possible explanation for symptoms that are common with so many other (more prevalent) conditions.

There is one further issue that makes diagnosis difficult. Because children with Auditory Processing Disorders usually have normal hearing, they perform well on sound tests given to them by audiologists. In this “perfect” environment where the room is quiet and the child is being asked to respond to tones rather than speech, a hearing problem is ruled out and parents and doctors move on without considering APD as a possible cause for the child’s symptoms.

What causes problems with Auditory Processing?

While the exact causes are unknown, it’s believed the following may contribute to the condition:

What can be done to help a child with Auditory Processing difficulties?

Once any medical issues influencing the condition have been addressed, there are many intervention options available that can greatly improve your child’s ability to process auditory information. Due to the fact that the exact cause of auditory processing problems is unknown, there are several different approaches.

The two most traditional interventions are Auditory Therapy (administered by a trained speech therapist) and Remote Hearing Aids.

Instead of trying to change a behaviour or practice a certain skill over and over again we use nature’s own system of learning.

In speech therapy, the child learns techniques and strategies to counteract the problems in information processing. Depending on the areas of difficulty, they practice cognitive skills, perform speech correction exercises, work on ways to improve focus, and more. Again, much like with therapy for dyslexia, it’s a matter of helping the child deal with the symptoms and improve their ability to operate “normally”.

With Remote Hearing Aids, the child uses hearing aids to hear the teacher better in class.

With TOMATIS®, instead of learning strategies or fitting a hearing aid, we train the brain and auditory system to differentiate between sounds and filter out those that get in the way.

This is the natural way and one that gives lasting results quickly—in months instead of years.

The TOMATIS® method is an audio-based program that approaches Listening by addressing the problem at a direct auditory system level. Using advanced sound technology and building on decades of research, the TOMATIS® Method uses specially designed equipment that stimulate the brain, ears, and auditory system. It progressively educates the ear to sort, prioritise, analyse and use auditory messages.

Yes it does. TOMATIS® is the Gold Standard of auditory training, and it has been for more than 60 years. Here’s why it works so well…

When we’re infants, speech and sound enter our ears and stimulate the brain. This is how babies learn to understand language and begin speaking. With the TOMATIS® method, we use what Dr Tomatis called his Electronic Ear to “re-train” and stimulate the ear-to-brain connection.

Today, all TOMATIS® Practitioners in New Zealand use the TalksUp®, the most advanced TOMATIS® Electronic Ear Technology.

With a TalksUp® and a TOMATIS® headset you listen to classical music and human voice gently modified with 6 alternating filters and Gating®.

The sound is transmitted through both the ear canal (air conduction) and vibrations (bone conduction). This simulates the natural way we hear—boosting the auditory system processes.

It is beautiful and energizing. 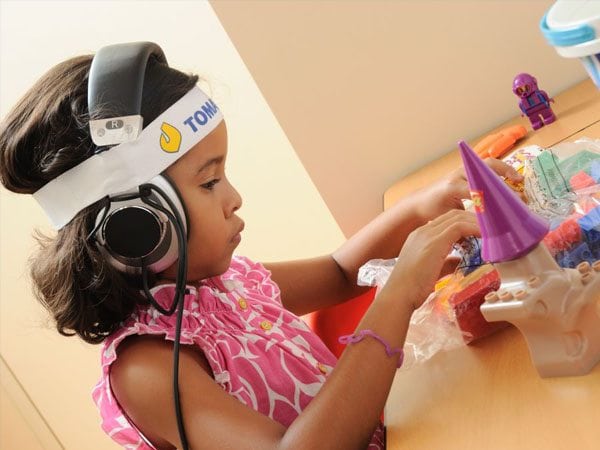 The music played through the headset is scientifically selected, and will change in timbre and intensity. The filters and time delays in the processing make TOMATIS® uniquely effective, calming, and relaxing.

It’s the musical contrasts that trigger the brain to pay attention and new skills develop over time.

As the full program runs over 4 to 6 months, communication patterns are established between the ear, brain, and body— and become permanent.

This is why the TOMATIS® ear-brain “workout” increases concentration, attention, and speeds up learning.

It works because TOMATIS® doesn’t just address the symptoms, it directly addresses the way the brain processes auditory stimuli.

Another factor that adds to the success of the TOMATIS® Method is that it’s easy and joyful for all ages.

Children can play, lay puzzles, paint, or even do homework while listening to the music. Adults often just relax or do something they truly enjoy.

Even small children with a history of hypersensitivity love to listen to the TOMATIS® music.

To get an idea of the impact of the Tomatis® Method, you can find examples here: Glimpses of change.