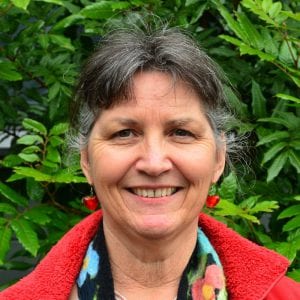 Ingrid worked for 12 years as an occupational therapist in the areas of head injury, stroke rehabilitation, dementia care and general medical. She has a post-graduate diploma in Gerontology (1988) with a special interest in neurology. In 2001, whilst raising her two daughters, she became a founding trustee of the Bay of Islands Waldorf Education Trust and in 2014 completed a Bachelor of Education in early childhood education.

Why I work with Tomatis®

During my teacher training, I met a young child diagnosed with autism. I became interested in the spectrum and curious about current knowledge and interventions. During my extended research, I discovered the international Tomatis® website which led me to Maria Moell-Lundqvist, founder and director of Tomatis® New Zealand. She was based in Auckland – my old home town!

In April 2014 I became one of the first three New Zealand Tomatis® Practitioners trained by Maria and in 2016 I introduced the Tomatis® method into a Northland early childhood centre.

Over three years I worked closely with Maria and her husband Fredrik developing the Kerikeri Tomatis® Centre. This helped me understand and recognise the effectiveness of Tomatis® neuro-auditory training for people of all ages and issues. My practitioner skills continue to develop within the growing community of Tomatis® practitioners in New Zealand and through online communications with international Tomatis® practitioners. Sharing knowledge and experience informs about the variety of situations where Tomatis® can help. There is always something new to learn!

I have seen amazing changes in every one of the many clients I have worked with. Examples: A pregnant mother’s third baby arrived into the world more alert, contented and responsive than its non-Tomatis siblings, young children now able to sit still long enough to learn, engage in eye contact and become less sensitive to being touched, older children whose drawing and writing skills dramatically improved, teenagers succeeding at school and making friends. Adults reported sleeping better, feeling more relaxed and able to cope better with stress, they noted increased focus, improved memory and the ability to make decisions.

In 2016 I worked alongside a 3-year-old boy. After only 40 hours of Tomatis® listening he became calmer, more settled, focused and receptive and this improved his ability to listen and learn. I co-authored an article about this for the Early Childhood Council publication ‘Swings and Roundabouts’: The Tomatis® Method – A Sound Approach To Enhancing Learning Within Early Education. (2016)
Read the article here. Scroll forward to page 26 to find it.

One mother emailed me about her 7 yr old son diagnosed with Auditory Processing Disorder (APD):

‘We are very impressed with R’s progress, his report shows that in all subjects, he is now at the normal achieving range. Before he was a year behind. The teacher said he has caught up that extra year in 6 months!

I provide Tomatis® training for all ages: individual programmes for children to improve learning outcomes as well as energizing programmes for teenagers, adults, the elderly and expectant mothers to reduce stress, experience deep relaxation and improve memory and sleep.

Ingrid works in Kerikeri, Bay of Islands. You can contact her by phone or email.